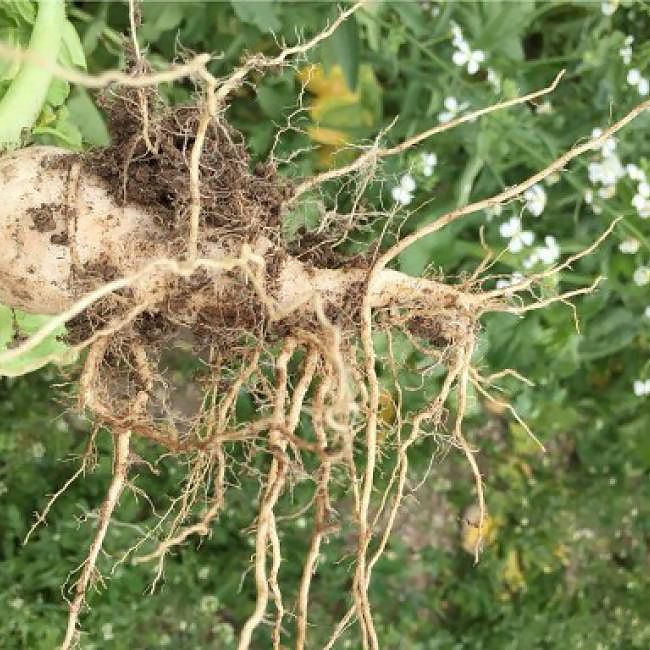 Oakbank are pleased to announce that we are now taken on the agency for Smart Radish and BOSTON Plantain in the UK from the NZ breeder Norwest Seeds.

Smart Radish is a unique type of forage radish that has been bred specifically for forage and soil health.  It produces significantly more palatable forage in the same time period as alternative radishes and would make a very good substitute for turnips, etc in a slightly later sowing slot.  The root is similar to the “tillage radish” varieties that you may have seen, with 2 distinct improvements.  Firstly the root has both a large penetrating tap root, but it also has side laterals that explore the soil around the root and anchor the plant.  This also leads to a second advantage which is that the root is pulled down, rather than exposing a significant proportion above the soil.  Oakbank will be conducting further investigations into how to get the best from this excellent variety, with a small group of seed partners.

Boston Plantain was developed in New Zealand as a forage crop and has been shown to be much higher yielding than the more popular varieties in the UK. This is largely because it is much later to flower, meaning that it remains leafier for 25-28 days longer producing excellent forage even when drought causes stress in other species.  Oakbank’s work with GS4 legume fallow crops has shown that simply because they are in Stewardship, focussing on productivity is still a key driver of economic output.

For more details about either of these seed varieties, please contact Ian Gould at the office on 01480 890686.